All Black Everything: Isles Unveil Black and White Third Jersey …It Don’t Matter If You’re  Black Or White

The Islanders Official site says “Tradition Resonates Through Uniform.” I guess this is true if you throw out the whole abandoning of the team colors and all.

After months (years?) of speculation the Islanders unveiled their new black and white third jersey via their twitter account shortly after 8am this morning.

Let’s start with the good, the “AL” patch was a must and the Islanders are paying tribute to one of the best coaches in the history of hockey. Also, even though no one will see it on the ice, I am a fan of the blue/orange on the inside of the collar. The font for the numbers and letters is sharp. I was worried they would over do it and get to creative but this they got right. It is a nice attempt to get the four stripes signifying the four Stanley Cups, but doesn’t the piping seem a bit too thin? Plus, what happens when they win the Stanley Cup this year? 🙂 Ok, the bad. The Black and White concept was forced overall, but the “BKLYN” with the Islanders signature “Y” is the worst part of this jersey. There was no need at all for this. They would have been better served going with a Black and White Islanders crest logo on the helmets. Click HERE to view the full gallery in all its black and white glory.

From the Official Team Site:

The black and white jersey, designed by Reebok, features the Islanders secondary “NY” logo that originally debuted on the team’s Stadium Series jersey in 2014. Four stripes, paying homage to the four Stanley Cup Championships, are a theme that resonates throughout the entire uniform. The stripes are included on the jersey’s front crest in orange, and on the sleeves and players’ socks in white.

The bottom of the jersey has white trim with identical “B” logos on each side that will serve as secondary marks. The “B”, representing the Islanders’ home borough, will also feature the four orange stripes through the letter. The helmet will feature a “BKLYN” logo, with four orange stripes through the letter “Y”. The players’ gloves and pants will also be black and white.

“While being respectful of the tradition of the Islanders’ current uniforms, we are thrilled to have been able to collaboratively find a balance that embraces Brooklyn with the new third jersey,” said Barclays Center CEO Brett Yormark. “The colors of black and white infuse the spirit of Brooklyn into the borough’s new home team, while the four stripes seen throughout the uniform pay homage to the Islanders famed Stanley Cup dynasty.”

On the right shoulder of the third jersey, as well as the classic home and away jerseys, the team will have inaugural season patches to commemorate the first year in Brooklyn. On the left shoulder, the Islanders will recognize the greatest NHL coach of all-time, Al Arbour, with an “AL” patch.

If you want to see (or avoid seeing) the Black jersey on the ice at Barclays, here is the full schedule of when they will be donning the new threads, including a game vs the NY Rangers (Ah, tradition is resonating everywhere!) 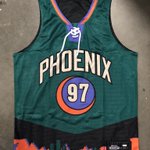 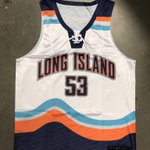 Describe your favorite sports moment, as boring as possible.

Not much, but Ilya Sorokin's agent, Daniel Milstein, just told me that "We will be discussing options in the coming days," pertaining to the star Russian goalie's next course of action.