We’ve reached the ten-game mark of the 2017-18 season for the New York Islanders. Ten games is a small sample size when trying to evaluate how a team would go about the rest of the year, but there’s always things that stand out. There’s been some ups, there’s been some downs, and there’s been some surprises. But overall it’s been a solid start to the season for which the players and coaches harped on during the summer and in training camp.

Our Rob Taub gives us his ten observations from the first ten games for the blue and orange.

1. This is the best Brock Nelson has looked in a long time. Nelson was in the doghouse in training camp and the first couple games of the season, but since then he’s raised his game. Being thrown on the third and fourth line has motivated Nelson, while he has also providing some good size and scoring prowess on the bottom two lines. Nelson has played a more physical style than in recent years, he’s being more decisive when it comes to shooting the puck, and he’s found good chemistry along with Andrew Ladd and Josh Ho-Sang (recently sent down to the AHL). His possession numbers have also gone up since the start of the season.

2. While he doesn’t have any goals — and he’s come close — Jordan Eberle has been productive. Eberle has six assists in the first nine games, and seems more comfortable in his new surroundings, which is the complete opposite from Andrew Ladd who struggled out of the gate a year ago. All of Eberle’s helpers have come at even strength which proves that he’s been one of the better playmakers on the offense since the year began. Eberle has also begun to flash signs of excellent chemistry with John Tavares, for whom he was brought in to play with. His style of play has added another dynamic to the Isles forward group, and once the goals start coming, Eberle can really get rolling.

3. Anders Lee looks like a player who is going to score 40 goals. Lee is playing with the most confidence since his rookie year in 2013-14. His six goals have him tied for the team lead. Lee’s become such a valuable part of the offense, especially with the beating he takes in front of the net and how he utilizes his size against opposing defensemen. He, Tavares and Eberle have begun to heat up, and once all three are full steam ahead, there might not be a better first line in the National Hockey League.

4. Doug Weight said many factors would be what makes or breaks the Islanders this season, especially goaltending. New York needed his goalie-duo to be their biggest strength and so far, Jaroslav Halak and Thomas Greiss have not disappointed. Halak and Greiss’s save percentages are both high and seem to be content with Weight deploying them on a game by game basis. Despite one subpar game by each tendy, both have been rock solid in goal and have given their club a chance to win every night.

5. Mathew Barzal looks like the stud everyone projected him to be. Barzal is playing with a boatload of confidence, and is making an impact every night. His speed and skill has made him a duel-threat and has given the Islanders another dynamic offensively. Barzal running with the second line center role and helping contribute shows he’s exceeded expectations so far, and is making the clubs future look even brighter.

6. Scott Mayfield and Adam Pelech have had nice starts to the season. Both players have shined in the opportunities bestowed upon them. Mayfield has shown his steady presence on the blue line and underrated offensive ability, while Pelech has moved the puck well and has provided some solid two-way play. Mayfield and Pelech have also proven to be good penalty killers, and demonstrated they’re not afraid to jump in the play and generate scoring chances.

7. The Islanders have yet to play a full 60 minutes. Bad starts, not capitalizing power play, and getting down early have all contributed the Isles not being able to start and end games on the right foot. This club can seem to put a good 20 or 40 minutes together, but putting together a full 60 has cost the team points and possible separation from the rest of the Metro. Sooner or later this trend needs to change, or New York will find themselves in the same position they were in at this time a year ago.

8. If the power play doesn’t do a complete 360 soon, the Islanders will find themselves in the basement real quick. The power play has cost the Islanders not only points, but wins in the early going. The man-advantage has been a problem for a number of years now, but it’s escalated to the point these first ten games that the team is at a disadvantage when they are handed the extra man. Being a whopping 2 for 33 and a minus in the stat category on your power play tells the entire story.

9. Casey Cizikas has had an excellent start to the season. Cizikas, coming off a rough season a year ago due to injuries, has looked like his old self again, crashing and banging everything that moves. His five points this season also shows Cizikas is taking more chances offensively, and is one of the key contributors on the bottom two forward lines. Cizikas penalty killing and defensive play have also been solid.

10. There’s still a lot to analyze when it comes to Doug Weight. Weight has pushed the right buttons on offense and defense, but it seems his club is still not ready to start games and still has a knack of playing down to their competition. His deployment of Halak and Greiss has not hurt the team, but it will be interesting to see how what he does when one of the two begins to heat up or struggle. His faith in Mathew Barzal and Anthony Beauvillier have been a welcoming sight, while his reliance on his veterans hasn’t paid off yet. 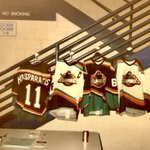