The holiday season is all about giving. And for the Islanders, they’ve given their fans a lot of gifts since the season began.

Head coach Barry Trotz has given the team’s supporters assurance that last year was no fluke; his team is the fourth-best team in the league right now and is once again allowing the least amount of goals. Mathew Barzal and his highlight-reel goals and plays have brought joy, Anthony Beauvillier and Brock Nelson’s wonderful seasons have brought excitement, and the team’s dominant record on home ice — 13-3-2 at Nassau Coliseum/Barclays Center — have brought an air of confidence to those who come out in droves to watch them.

If there’s any other gift Isles fans could have asked for, it’s a top-flight scorer to take this team over the top. Maybe that present comes soon.

For now, the Islanders are looking to head into the Christmas break on a high note. Last week saw them experience their worst game since Trotz took over — an 8-3 defeat to the Nashville Predators — only to be followed up by huge 3-2 shootout victory in Boston over the Bruins, and followed up by that with an uncharacteristic 6-5 shootout loss to the last-place Anaheim Ducks.

“We played a pretty game and then all of the mistakes we made tonight gave them opportunities and they scored,” Anders Lee told reporters following Saturday’s game. “A frustrating one in that sense because everything they got we either turned it over or something like that. Clean those areas up and we should be fine.”

The loss to Anaheim marked the first time the Islanders have lost in the Trotz era when they’ve scored four or more goals in a game. They had won their previous 38 games when they put up that amount.

The task for the Isles this week begins tonight with a date with division foe Columbus at the Coliseum and a two-game roadie in the midwest in Chicago then Minnesota over the weekend. Here are five things to be watching for:

With Cal Clutterbuck already out indefinitely due to a scary wrist injury that took place in the win over Boston, Ladd is expected to take his spot. Ladd didn’t play in Saturday’s game after being called up, but it’s more than a possibility that he gets in one or possibly more of the three games this week. It’s been a long road back for Ladd, who hasn’t played for the big club since suffering a season-ending ACL injury last March. But the formula is simple for him to have an impact — score some goals and put up points. Over the past few seasons, every time Ladd started to look strong, he suffered a setback. Now he’s here and is fully healthy.

Ladd must find his way on to the scoresheet, not only to retract some of the heat from a lot of the fanbase but to restore some faith that the coaching staff and the organization have lost in him.

The first line continuing its surge.

What a passing display by the #Isles top line to get this one going early pic.twitter.com/cUjwnNjg9r

Cleaning it up defensively.

Speaking of tightening up, the last two games on Coliseum ice witnessed the Islanders surrender 13 goals. 13! That’s unheard of from a team that is so entrenched in their structure and relies on being smart in their own zone. Yes, the number of goals allowed might be an outlier as Trotz pointed out after the Preds game, but there have been some head-scratching decisions that have really cost the Isles badly as of late.

Dal Colle, who’s missed the last two games, seems like he’s ready to return. If he does return at some point this week, hopefully he can build off the performance he had before getting sidelined after the first period of the game against the Sabres. The 23-year-old only has four points in 26 games this season, but he was looking more confident offensively recently.

Anytime the Isles play in Minnesota or Chicago, it always brings out the best who called those states home. For Lee, Nelson and d-man Nick Leddy, Friday and Sunday night will be another chance to play in front of family and friends. Those three over the years usually show out when these games are on the schedule. Last year, it was Nelson and Lee who scored two of the three Isles’s goals in a 3-2 overtime win. 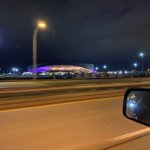 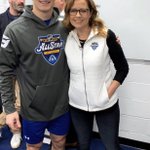