Home / Takes / Columnists / A Matter of Perspective: On Game 7 and Taking in the View 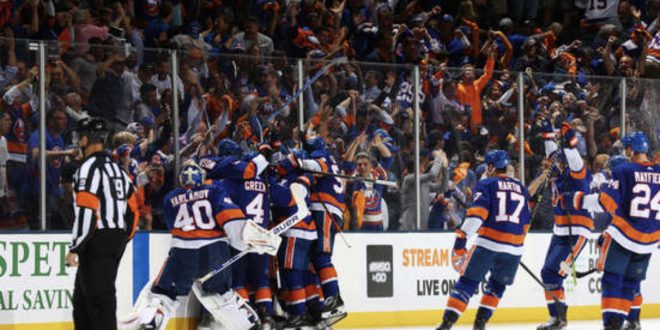 Daniel Friedman June 25, 2021 Columnists, Home, Takes, The Team Comments Off on A Matter of Perspective: On Game 7 and Taking in the View 1,614 Views

The Islanders are one win away from the Stanley Cup Final.

Eleven words I never, ever thought I’d write, type, or express in any form whatsoever. It’s exhilarating, perplexing, and, above all, nerve-wracking.

For those of us who did not experience the dynastic era, this is the closest we’ve ever seen this team come to reaching that elusive benchmark. If you’re like me and were born in or around 1990, these past two years have likely been your first taste of the final four.

It’s easy to get caught up in the moment.

“Why isn’t Wahlstrom in the lineup?” “Why is Leo Komarov on the first line?” “Why does Varlamov always give up an early goal?” “Why can’t we score a power play goal?”

Okay, some of those questions (especially the last one) are entirely valid. But, here’s a better question we should be asking ourselves: “Where the hell are we and how did we get here?”

Seriously, think about it. Pause for a moment and just internalize what we’re witnessing here. It’s quite remarkable. As the great Ferris Bueller once said: “Life moves pretty fast. If you don’t stop and look around once in a while, you could miss it.”

Let’s step into the time machine and revisit some of the more “interesting” parts of Islander history.

As you undoubtedly know, there’s more to add to that list. However, for the sake of moving this article along and because there’s no way you don’t get the point, I’ll leave it as is.

This team and its fans have been through thick and thin together. Things could’ve gone a lot differently. The Isles could’ve not existed anymore. They could’ve been sold to another ownership group that didn’t have the wherewithal to make the team competitive. We don’t need Waze to navigate rock bottom because we’ve been there so many times.

It’s amazing how, just like that, time can change everything.

Here we are in June of 2021 and the Islanders are one win away from playing for the Stanley Cup. Like, the actual Stanley Cup; not the virtual one you may have seen them win on your PlayStation or Xbox. It’s surreal. It’s beyond comprehension.

The Isles have gone from a team that was nothing short of a laughingstock to one that other teams want to emulate. They have completely changed the culture of the organization from top to bottom. Ever since Jon Ledecky and Scott Malkin took over control of the station, they’ve pushed all of the right buttons. From hiring Lou Lamoriello and Barry Trotz to securing and building a new arena in Belmont, the Islanders are set up to be competitive for years to come.

Yes, they’ll have to replace some aging players and different puzzle pieces will be switched out from time to time, but when you have the right culture and resources, you will be competitive more often than not.

As Islander fans, we’re not used to this. In years past, every time the team would go on a run, it would almost seem like it happened by accident and, either outwardly or deep down, we all acknowledged that it may not happen again for a while. And so, when it didn’t work out and the Isles were eliminated, it was that much worse.

That’s not to suggest that it wouldn’t be extremely disappointing to see them come this close and lose Game 7 in Tampa. It would be gut-wrenching.

On the one hand, there’s almost no shame in losing to a Lightning squad that is so deep and talented and, not for nothing, won it all last season. On the other, the Islanders have proven that they can hang with ’em and that their backs are never quite against the wall, even when that appears to be the case. As the Montreal Canadiens just proved last night, hockey isn’t played on paper, and teams that work for it can pull off that which is seemingly impossible.

If you just take a step back for a minute and let that sink in, it’ll really hit home; the complete reversal of fortunes, the euphoria, and the significance of this moment. All of it.

Whatever happens, this has been one hell of a run and, unlike what we’ve come to expect in the past, the Islanders’ window won’t close in July. We’re witnessing something incredibly special: one of the greatest rebirths of a franchise in the history of professional sports.

Sure, I’m nervous about Game 7. But I’m also captivated by its significance. Those two emotions have been entrenched in a mental tug-of-war for the past day and a half, but I think it’s very important to recognize both of them.

Here’s to the journey.

Previous Mandell: Game 6 was a defining moment for Mathew Barzal
Next Simpson: Islanders Take It To the Limit One More Time: A Retrospective

Mandell: Game 6 was a defining moment for Mathew Barzal
Simpson: Islanders Take It To the Limit One More Time: A Retrospective