It took the Bridgeport Sound Tigers four games, but they finally picked up a win in a 3-2 victory over the Providence Bruins on Thursday, after losing their first three meetings this season.

The Sound Tigers power play carried the team in the third period, scoring both goals and going 2-for-4 on the day.

Even more importantly, Bridgeport went a perfect 5-for-5 on the penalty kill and scored a short-handed goal in the first period off the stick of Tanner Fritz.

Just Tanner Fritz tying it up on a shorty 🚨 pic.twitter.com/rgyKYZRf5H

Providence took an early lead before Fritz tied things up on the penalty kill, but the Bruins grabbed another goal before the end of the first period.

Despite a scoreless second period, the Sound Tigers gained momentum that they were ultimately able to channel into two power-play goals in the third frame.

It was Simon Holmstrom who tied things up halfway through the third period. After working the puck around, Bridgeport set up Holmstrom whose shot was redirected and into the back of the net.

Simon Holmstrom ties this one up in the third 🚨

The Sound Tigers continued to buzz throughout the third period, and with less than five minutes left in the game, the Sound Tigers took their first lead.

Once again on the power play, Bridgeport used well-executed puck movement to open things up, and this time it was Mason Jobst who had the open shooting lane. Jobst fired a shot on goal created a rebound for Arnaud Durandeau, and buried it for his first goal of the season.

Arnaud Durandeau's first goal of the season comes on the pp and gives us the lead late in the third 🚨 pic.twitter.com/LBZJLp8CSK

C.J. Motte got the start in goal for Bridgeport and he didn’t disappoint, making 23 saves and settling in really nicely after allowing two goals in the first period.

The Sound Tigers will have another break between games, returning to the ice in one week, March 4, against Providence and then a date at home Saturday, March 6, against the Hartford Wolf Pack.

My name is Ben Mandell and I currently reside in Wilkes-Barre, Pa. I work at a local newspaper called the Times Leader, where I cover the AHL Wilkes-Barre/Scranton Penguins, Wilkes University men's ice hockey, and other local high school and college sports. Here at Isles Blog, I will be providing Bridgeport Sound Tigers coverage, prospect coverage and other Islanders opinion pieces.
@Benmandell55
Previous Taub: Anders Lee has looked completely rejuvenated this season
Next Mandell: The return of Josh Ho-Sang could benefit both he and the Isles 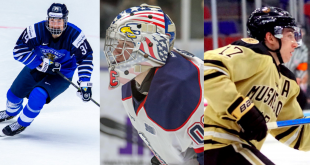 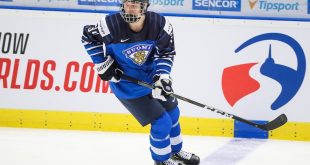 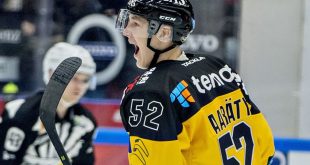 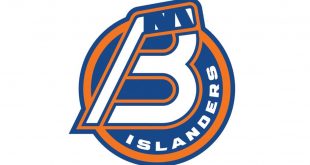 Last week the Bridgeport Sound Tigers announced a series of changes, looking to connect the ...

Taub: Anders Lee has looked completely rejuvenated this season
Mandell: The return of Josh Ho-Sang could benefit both he and the Isles