Home / Home / Enjoying the Ride: Islanders’ 2020 Playoff Run Has Been Special and Foretelling 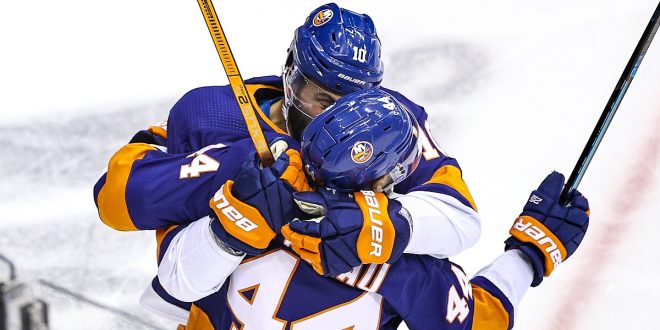 Enjoying the Ride: Islanders’ 2020 Playoff Run Has Been Special and Foretelling

Daniel Friedman September 2, 2020 Home, Takes Comments Off on Enjoying the Ride: Islanders’ 2020 Playoff Run Has Been Special and Foretelling 850 Views

As of this column’s publication date, the Islanders hold a 3-2 series lead over the Philadelphia Flyers.

It’s been a series of ups and downs (mostly ups) and in which the Islanders have demonstrated that they have as good of a shot to win the Stanley Cup as anyone does. It’s also been a series in which they’ve shown that there’s still work to do, particularly on special teams. But, overwhelmingly, it has been a positive experience.

And that’s really what this entire postseason has been — a positive experience. Only, something about this team is different. This isn’t like years past, where you knew you were watching a team that was probably a flash-in-the-pan of sorts or one with an incredibly small window of opportunity. This isn’t a team that has no business being here.

Now, I don’t know how this shakes out for the Isles. With one game left to win in order to advance, they should be able to get the job done, but then again, we’ve seen teams come back from down 3-1 to the win the series. And, believe me, I’d like nothing more than to see them get to the conference final for the first time since 1993 — a year I have no recollection of because I was three at the time.

I also know that this is about the journey. I don’t get the sense that what we’re witnessing on the ice right now is the finished product. We don’t know what this team will look like with Ilya Sorokin between the pipes or Noah Dobson patrolling an already stellar blue line. We don’t know what additions the front office will make. To me, the team only continues to go up from here, wherever “here” is.

I know this is going to sound ridiculous considering the Isles have been rebuilding in perpetuity since 1875, but these are the early stages of what is going to be a dominant stretch. This isn’t a fluke. You don’t knock out Sidney Crosby one year and Alex Ovechkin the next by accident. This is real. This team is going to contend for a championship beyond this season, largely because of its coaching and structure but also because all of the pieces are coming together.

And for an Islander fan, it’s like a dream sequence. The team is in the second round of the playoffs for the second-consecutive year, there’s a gorgeous new arena going up at Belmont Park and we have a world-class coach in Barry Trotz. The only thing that would really make it better is a Stanley Cup.

I want that badly, but I’m also enjoying the ride — wherever it takes us. The bar has been raised for this organization for years to come, thanks to this ownership group and the leaders that have been brought in.

I used to dread what came next for this team. Now, I can’t wait to find out. And that’s a pretty damn good place to be.

Previous J.G. Pageau: From “Overpaid” to “Best Deal at the Deadline”
Next Josh Bailey is finally getting the credit he deserves

J.G. Pageau: From “Overpaid” to “Best Deal at the Deadline”
Josh Bailey is finally getting the credit he deserves