Home / Takes / Columnists / Friedman: Islanders have cleared enough space to build their rocket ship. They must not fail to launch. 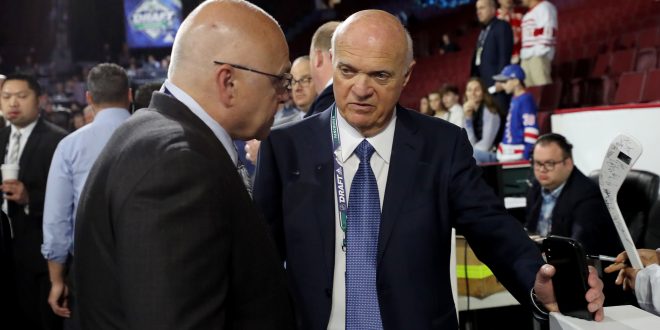 Daniel Friedman July 22, 2021 Columnists, Home, Takes, The Team Comments Off on Friedman: Islanders have cleared enough space to build their rocket ship. They must not fail to launch. 4,300 Views

I think it’s pretty safe to say that Lou Lamoriello and the Islanders have had an eventful summer so far.

While I don’t know what the Isles’ employee vacation day policy is, Lamoriello is unlikely to use any of his between now and the start of next season, judging by the amount of work he has cut out for him.

The Seattle expansion draft has come and gone, newly-minted Kraken forward Jordan Eberle with it. Andrew Ladd’s contract is now Arizona’s problem. Nick Leddy has been jettisoned to Detroit.

Players need to be selected in the entry draft with the picks LL & Co. still have at their disposal, though one might argue that’s more of a formality at this point because the Islanders have much bigger fish to fry. There are decisions about restricted free agents and voids — both new and pre-existing — that need to be addressed.

Eberle was a very likable and productive player. The same goes for Leddy but cannot be said about Ladd (at least in terms of his productivity; he was definitely a good character). And then there are the skates they’ve left behind for others to fill because, as isolated events, these may be difficult losses, but only as isolated events — in theory.

I think we’ve largely grown accustomed to lateral moves and slight improvements. A tweak here, a plug-and-play addition there. A young player stepping up and taking on a bigger role. Those are important to keeping a roster fresh and competitive, but they cannot be the pièce de résistance. They need to be complementary changes to bigger ones. If the Islanders are truly going to take the next step and dethrone Tampa Bay, they need to transcend their current status. They need to hit a grand slam.

I’m not talking about Super Mario 64 star power. I’m talking about bringing in a player who can change the outcome of a game with a flick of the wrist. A sniper. A bonafide goal scorer. Someone like Vladimir Tarasenko or Patrik Laine, just to name a few options.

What matters most here is not who the Islanders have lost. It’s what they do with all of this cap space and flexibility they’ve created.

I don’t believe Gabriel Landeskog is the answer. I think he’s going to cost a ton, which would be fine if he were the kind of player the Isles were missing. He is not. In ten NHL seasons, Landeskog has broken the 30-goal mark a grand total of one time and the 60-point mark on three occasions. He brings a lot of intangibles to the table, but I’d argue they are similar to those of a lot of players on the current roster. Anders Lee is basically Landeskog-lite if you really think about it.

The Isles need to go out and get someone who can basically guarantee you 35-40 goals every year, rain or shine. Whatever the cost.

Not enough cap space? Maybe you don’t re-sign Anthony Beauvillier, then. Maybe you trade him for assets and then you go out and get Tarasenko, for example. Maybe you don’t re-sign Kyle Palmieri, either, but you bring in Zach Parise on a cheaper deal. At that point, you’ve swapped out Eberle, Palmieri, and Beauvillier for Tarasenko and Parise. I’ll take that switch any day of the week. If your top-nine forward group includes those two guys, Lee, Mat Barzal, Josh Bailey, Oliver Wahlstrom, J.G. Pageau, and Brock Nelson, you’re in pretty good shape. Either Richard Panik or Leo Komarov is fine in a third-line role, too. And then, assuming Casey Cizikas stays (which I think is a fair assumption at this point), you still have that vaunted fourth line.

We know Lamoriello has swung for the fences before. The question is, can he pull it off this time? Or, more importantly, can he trade for the right player even if he doesn’t get the big fish via free agency? There are no more excuses. The Islanders are potentially on the verge of a championship if they play their cards right. The time is now.

I don’t want to hear anything about not wanting to give up the kitchen sink or being overprotective of good players at the expense of ever getting great ones. It’s not who they lose at this point. It’s who’s in the lineup come opening night. They have a bevy of assets and options at their disposal in order to put the right pieces together.

Previous Tuchman: What if Lou Lamoriello surprised us all with Dougie Hamilton?
Next Tuchman: Aatu Räty, a steal at 52? or fools gold?

Tuchman: What if Lou Lamoriello surprised us all with Dougie Hamilton?
Tuchman: Aatu Räty, a steal at 52? or fools gold?