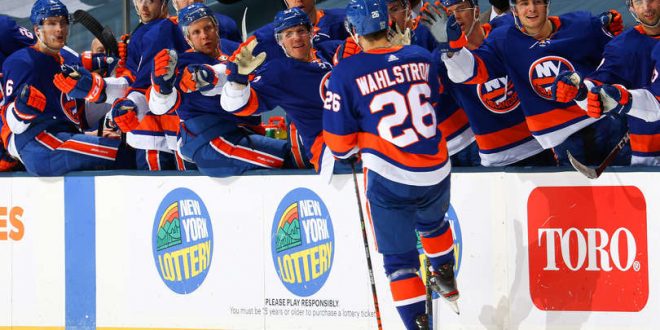 Friedman: Regardless of Future Performance, Isles’ Season a Smashing Success

I’ve said this many times already, but will say it again:

I really don’t care how the Islanders fare in the standings this year.

That having been said, I’m not particularly concerned with the wins and losses this year for two reasons. First, this season is being played under insane circumstances and in the midst of a global pandemic, and secondly, because the most important things for the Isles to worry about at this point are player development and accumulation of roster depth.

We already knew the Isles had a team that could theoretically be competitive in 2021. What we did not know was how much longer beyond this season that would be the case for. When does the window close? After this season? Maybe another one after? Not for at least the next half-decade? The answer was simple: it depends.

We are 33 games into this truncated season and we already have the answers to many of those questions.

Is Ilya Sorokin as good as advertised? Yes. Does Mat Barzal have another gear (or two, or seven)? Yes. Is Noah Dobson a legitimate NHL defenseman and a future stud? Yes. Is Oliver Wahlstrom the sniper the Isles have been missing, frankly, since Zigmund Palffy? Yes.

The thing is, if the answer to even half of those questions was “no,” then we needn’t worry about the Isles winning a Stanley Cup anytime soon because that door would slam shut faster than the NHL in a labor dispute.

Much of the current core of the team is in that category on a somewhat temporary basis. Semyon Varlamov has been absolutely splendid this season, but he turns 33 on April 27th. Anders Lee will be 31 in July, and though that’s still in his prime, he won’t be forever. He also cannot be the best winger on your team if you’re trying to win a Cup, as good as he is and as valuable as he is to this team. Jordan Eberle also turns 31 just a month prior. Josh Bailey will be 32 in October.

All of those guys are expected to be key contributors on a competitive Islanders squad. But they cannot be the guys.

Now, we know they won’t have to be. Wahlstrom will take a lot of the pressure off the Isles’ secondary scorers, who have been heavily taxed with an unreasonable burden for years. Pelech and Pulock are great pieces, but Dobson will be an anchor. Varlamov is a very reliable goalie and his performance this season has been Vezina-caliber, but Sorokin will be a franchise goalie.

Plus, the Islanders will now have the luxury of making trades and signings to add to the depth they already have, rather than having to go out and find those guys to be the depth they’re missing. There’s a huge difference between those two situations.

All the while, those players will be guided by arguably the best hockey coach in the world in Barry Trotz and will be in an environment where winning and accountability are paramount. They’ll also have gorgeous new digs in Belmont, which is a good confidence booster and will certainly help with free agency endeavors.

So, yeah. Without those developments and that progression, I couldn’t care less how the Islanders did this season, because it wouldn’t last unless the puzzle pieces they were banking on actually fit into place.

We now almost certainly know that they do. If they win the Cup this year, obviously that’s amazing. But I personally do not believe this is the version of the team that does it.

However, I can now envision the one that brings Lord Stanley back to Long Island. It has Sorokin in net and Dobson patrolling the blue line. It has a nearly-unstoppable Barzal creating havoc on a line with Wahlstrom. It plays to sold out crowds at UBS Arena.

That’s worth a hell of a lot more than anything else that’s likely to happen over the rest of this season. And that’s what excites me beyond imagination. That’s what I care about.

If that doesn’t make 2021 a rousing success for the Islanders, I don’t know what does.