Former Islander’s first-round pick Joshua Ho-Sang was reassigned to Linkoping Hockey Club, another team in Sweden, on Sunday afternoon. The move comes after Ho-Sang’s loan with Orebro was terminated after playing just five games with the club. In his five games with Orebro, Ho-Sang picked up just one assist.

The 2014 first round pick for the Isles hasn’t played in an NHL game since the 2018-19 season where he appeared in 10 games. He also hasn’t played a game inside the Islanders organization since his contract was loaned to the AHL’s San Antonio Rampage. Ho-Sang will be with Linkoping for the rest of the season as he attempts to get back into the NHL. 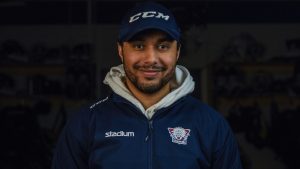 Linkoping could benefit from the addition of Ho-Sang, as they sit closer to the bottom of the SHL than the top. If Ho-Sang can find a rhythm, it can really help the Linkoping offense.

Ho-Sang has always had the ability to produce offensively, but issues off the ice have held him back. Most recently with Orebro, they cited “fitness issues” as the reason for his release.

The clock is ticking for Ho-Sang and a career in the NHL, and he’s hoping to change everyone’s perspective with his new stint with Linkoping HC.

My name is Ben Mandell and I currently reside in Wilkes-Barre, Pa. I work at a local newspaper called the Times Leader, where I cover the AHL Wilkes-Barre/Scranton Penguins, Wilkes University men's ice hockey, and other local high school and college sports. Here at Isles Blog, I will be providing Bridgeport Sound Tigers coverage, prospect coverage and other Islanders opinion pieces.
@Benmandell55
Previous Islanders ink Robin Salo to entry-level deal
Next Simpson: Has the time come for a change on the Island?

Islanders ink Robin Salo to entry-level deal
Simpson: Has the time come for a change on the Island?