In her first exclusive since her defeat for Nassau County DA, Kate Murray sat down with with our IslesBlog investigative reporter Darius Vukota to discuss whats’s next.

IB: Kate, Thank You for taking out some time this afternoon (12/6) to sit down with us.

IB: So what went wrong in October? We thought you had a shot.

Murray: Some last minute social media hate campaigns. The open letter from the Daily News, while 100% accurate, might have been paid for by Singas backers.

Murray: Yes, they were all bused to the polls with free Starbucks lattes. It’s sad the type of muck racking reporting that went down the last 48 hours and even sadder the way millennials vote.

IB: What’s next for Kate Murray? 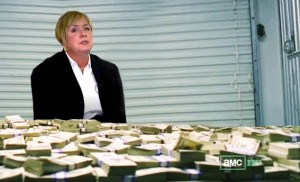 Murray: Well I just recently put my house on the market, and I’m looking to move to Kensington or Prospect Lefferts Gardens. 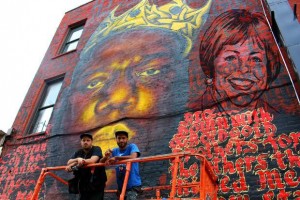 Murray: Yes, New York’s District 9 to be exact. Did you know its the Home to the Kurdish Library and Museum as well as the Headquarters of the Chabad-Lubavitch?

IB: I did not, but we’ll be the ones asking the questions today.

IB: Why Brooklyn? Are you being pushed out of LI?

Murray: You know that expression, Wearing out your welcome? I don’t believe in that nonsense. Plus, I have 12 cats. It’s a lot easier to manage 12 cats in a brownstone than having 40 acres and a mule.

IB: Wait, 40 Acres and a Mule? Are you referring to Spike Lee’s Movie Company?

Murray: I have no idea who Spike Lee is, but his first name is questionable. Is he Asian? They’re is an Asian family down the block from me named Lee. Did I also mention I have 4 SeaDoos? They were all presents after some of my biggest Republican moments. It’s kind of an addiction and the depreciation value on them are awful. 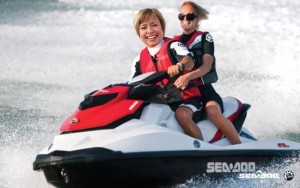 Murray: Excuse me but SeaDoo is from Bombardier and Jetskis are from Kawasaki. Any reporter who went to Journalism school would know that.

IB: Yeah well I went to Reporterism School, not Journalism.

IB: Is it true you reached out to Brett Yormark? We noticed he blocked you on Twitter.

Murray: Yes. I immediately congratulated him on the new Isles goal horn. Then followed up with, your need a Spine email after he went back to the old one from the Coliseum. You can’t give into the fans, at any costs.

IB: You know, people really loved the Coliseum. It was one of those train wrecks of an arena that you don’t see or feel in these modern times but felt perfect for Long Island. Kind of like the opposite of a shiny new car but that love of your life that was there from Day 1.

Murray: Are you crying?

IB: No, but it did feel like a piece of me died when they left.

Murray: You’re 35 years old. Take the sports diapers off, this is a business young man.

IB: Do you have a natural displeasure for Long Island.

IB: Murrafying? That’s not a word. I would bet my life that you made that word up.

Murray: It’s like Gentrifying but it’s where we run sports teams out of town. It started in summer of 1977 with the Nets. I was getting my feet wet for the first time in politics and Roy Boe had one too many skeletons in his closet. Pushing the Dr. J sale was like taking candy from a baby in 76. I got my first SeaDoo when they left town to move to that armpit we call Jersey.

Murray: Well, many people don’t know this but when Roy was awarded entry into the NBA, the Knicks were awarded $4.8 Million for territory damages. That’s like $1.5 billion in todays dollars. So first he offered Dr. J to the Knicks to drop the damages and they declined. Thats when you knew the franchise was headed for 40 years of trouble. Could you have imagined Dr. J on the NY Knicks???? They could have dominated the lates 70’s, early 80’s. Nets sunk their first year in the NBA and moved to Jersey.

Murray: My favorite Factoid is You know the last team to have 19 straight playoff series wins in hockey, an unbreakable record?

IB: Why are you really moving to Brooklyn?

Murray: I’ve had season tickets to the Brooklyn Cyclones since 2004.

Filed under the Satire Section of IslesBlog.