Home / Home / Lou Needs to Trade, But What Can He Trade?

Philip Oliver January 29, 2020 Home, Prospects, Takes Comments Off on Lou Needs to Trade, But What Can He Trade? 685 Views

As we draw closer to the trade deadline, Islander fans and Isles Twitter have grown restless as they watch their team’s weaknesses be exposed during every game that isn’t against the Detroit Red Wings. The last trade the New York Islanders have made as of January 29th, 2020, was the acquisition of Matt Martin on July 3rd, 2018. Lou Lamoriello has a massive pressure looming on him this February. Trade for a scorer. The only problem with this is what we have available to trade. I have categorized the Islanders’ assets into multiple categories.

The first and most simple assets to trade as a buyer are draft picks. Due to the fact that the Islanders haven’t made a trade since the summer of 2018, they still have all 7 rounds of draft picks for the next 3 years. The Islanders can look to shop them but their first-round pick for this year is projected to be of low value so any player worth acquiring would require more being spent. Another tab worth noting is that the Seattle expansion draft is upcoming. The Islanders were able to get out of the Golden Knights taking anybody worth noting from the Islanders roster because they threw a 1st and a 2nd. The Isles may need to have their draft picks on standby for that very reason. The bottom line is I don’t see Lou throwing his draft picks around at the deadline unless he sees a sizeable return. 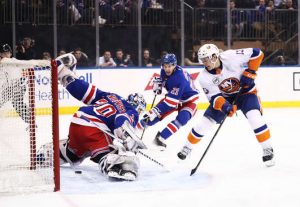 The untouchable assets are the assets that are way too valuable to the club to even consider moving. Barzal will get a contract this summer and hopefully will be the centerpiece of this Islanders offense for a long time. As for #12, the biggest reason why Bailey is here is he’s going to retire as an Islander. Josh isn’t going to get better as his contract goes on but he will end up being the Mike Fisher of this Islanders team. Noah Dobson has been playing better and better with every passing day and has the potential to be a franchise defenseman. Oliver Wahlstrom is still very young and was drafted to be a top 6 scoring forward. Moving Noah or Oliver at this stage of their careers is just nonsensical. Ryan Pulock is debatable because there were some rumors at the start of the season that the Islanders were seeking to shop Pulock to the Jets. I could see Lou moving Ryan at some point but they have been grooming him for the last several years to become the very player he has emerged to be right now. Trading him as he enters his prime is something that should never be thought of, especially as the playoffs are upcoming. Bode Wilde and Simon Holmstrom are similar to Dobson and Wahlstrom in that they are too young and their potential is too high to consider moving at this stage. If there’s a single long-term contract in recent memory that the Islanders got every pennyworth, it’s Johnny Boychuk. Johnny has been fantastic on the backend for the last 5 years and will make a great veteran presence for these last couple of years left on his deal. His contract is in the first part of a Modified NTC so there would be no way we could trade him even of a team wanted his contract. Lastly is the unicorn in Ilya Sorokin. With Ilya, there are multiple decisions that have to be made. The goalie situation is a big question mark once this season ends and the only guarantee is Semyon Varlamov will be an Islander. We have too much invested in Ilya right now and I don’t think there’s a reason to bring his name up when discussing trades at the deadline. I wouldn’t be against trading him for a scorer in the future, but that would have to come after the Isles clear the air with Ilya’s intentions and the Seattle expansion. 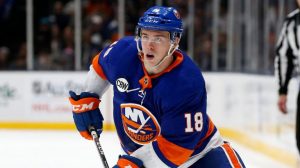 These assets can definitely be used in a package deal of some sort to bring in a top 6 scoring forward but are just too valuable to the immediate future to trade. Beau can definitely end up being used to get a big fish but this deadline is NOT the time. His best use would be as a 2nd or 3rd line forward but due to the lack of depth, he has been expected to play a 1st line role. Trading him would be 1 step forward, 2 steps back. Nick Leddy is on a lot of radars right now but due to Adam Pelech being injured, Leddy now has to play more minutes and is crucial for this season. He may be traded later on to dump salary, but we need Nick more than ever right now. Brock has the same reason as Beauvillier as his case that he can’t be traded but as an extreme. Nelson has been the team’s best all-around forward this season. Adam Pelech will miss the rest of the regular season and will most likely miss the playoffs as well. The most valuable part of Pelech’s presence, his contract. Making $1.6M/year until the end of next season as an RFA is incredible for what he brings on the ice. Trading Adam right now would put a lot more strain on this defense for the next season. Devon Toews would only be traded if Lou couldn’t afford to resign him this summer. Just like the rest of the defense, his burden has increased since the Pelech injury. Kieffer Bellows, unlike the rest on this list, is mainly a long-term investment and has the potential to be the very solution to the problem. The reason why Kieffer is here and not untouchable is that he can be used in a package deal in the future if the right offer is there. Thomas Greiss is fairly obvious in that we really can’t afford to touch this tandem this year. I fully expect Thomas to sign elsewhere in the summer.

-Not Needed but Can’t Be Moved 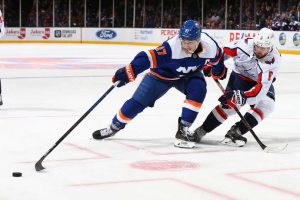 Before I get assassinated for saying we don’t need Casey Cizikas, these players are not needed because they can be replaced, but other teams will not want trade for them. Andrew Ladd’s contract is kind of like that rock that gets stuck in your shoe but it’s stuck there for 7 years and it costs you $5.5 million every year. I think everyone here was wishing that Ladd would’ve panned out but we will just have to hold on tight to that contract until 2023 because Garth Snow made it buyout and trade-proof. As for Thomas Hickey, I’m sure a team would’ve taken him as a 6th or 7th defenseman but getting injured at the start of the season has destroyed his chances of being traded now. There is a chance Hickey gets traded in the offseason as a salary dump but I’m not sure a team would want him at this stage of his career. Isles captain, Anders Lee, has been nothing short of a disappointment this season. It’s even more painful knowing that we could’ve had Panarin instead of Lee on July 1st. His contract will be untouchable for quite some time as it has shown in the past that signing a power forward to a long-term contract almost NEVER works. The Leo Komarov/Valterri Filppula signings have become the new Mikhail Grabovski/Nikolai Kulemin signings. We got the worse of the two for more term and a higher AAV. Leo’s contract will drag all the way into 2022 and I can assure you that nobody will want to touch it with a 10-foot pole. Casey Cizikas is the heart and soul of this team but can be replaced if it meant sending him in a package deal for an elite player. His contract would sway bidders away at this deadline. Realistically, Zeeker will retire as an Islander. Matt Martin, on the other hand, has lost his game with his age and his contract is not too friendly. You can argue that a team could use him as a rental but the Isles are not sellers and Matt wouldn’t bring much to a team looking to make a run. Clutterbuck still has some years left on his “not-so-team-friendly” deal. You can make an argument that another team could use him but it’s not going to happen in February. Finally, we have Varly, who has been pretty solid but is definitely a goaltender that can be replaced at some point. He is at the genesis of his 4-year contract and the only way I see him playing anywhere else during those 4 years is if Seattle picks him up in the expansion draft. 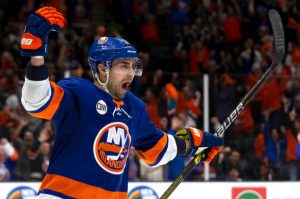 Jordan Eberle has been just odd enough to make his own category. We’ve seen his potential and know the talent that he has in his arsenal, but he’s been a dud in his first year signed for 5 years at $5.5 million. I am hoping that once we get a deeper offense, Jordan will emerge as a second line sniper and will be worth his contract. Right now, he’s playing without any confidence. If this is the Jordan Eberle we get for 5 years, we are going to have some cap issues. As for this trade deadline, he’s not going anywhere. 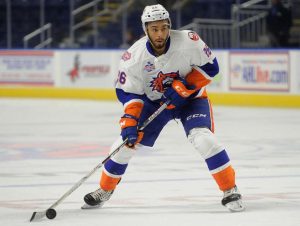 Now we finally get to the assets that Lou Lamoriello and the New York Islanders genuinely have at their disposal to make a move at this deadline. These are the players that we don’t need in the grand scheme of things, and also have contracts that are sexy enough to have other teams think about.  All of these names outside of Scott Mayfield would only be used in a package deal with a draft pick or two. Even if there was an elite scorer (which we desperately need) that was available, Lou isn’t going to make that splash by sending over MDC in return. On top of that, we’re talking about a trade deadline with the biggest target being Jean-Gabriel Pageau.

So does Lou make a move? I think he’ll try to land a forward to hopefully increase our depth but I wouldn’t be surprised if we lose the bidding war and we’re stuck with this roster for the playoffs. He realizes that this isn’t our year and we have what we’re looking for in our system. The pressure will be on in the offseason to be proactive and enter the 2020-2021 season as a contender.

Previous Five for Five: Back to Business
Next Taub: Questions the Isles Need to Answer in the Second Half

Five for Five: Back to Business
Taub: Questions the Isles Need to Answer in the Second Half