The first major move of the season occurred with the Islanders firing Jack Capuano.  We are now forced to ask the question what is next for the Islanders?  The timing of this decision is interesting.  It is safe to say, the true motives behind the move will become known over the next few months.  It’s no secret that this season is a huge disappointment and Jon Ledecky was embarrassed by the effort on Saturday night in Carolina.  This move comes at a slow point in the season where most teams are getting ready for the final playoff push.  Those that are not have an eye towards next year.  The biggest takeaway from today’s news was that Capuano was not going to be part of this organization next season so they felt it was best to start the process now.  The Islanders have accepted that this season will not be as successful as they had hoped it to be so they will look towards the future.  There are still some lingering questions going forward.

What is the plan with Doug Weight?

For years, we assumed that Weight would replace Capuano as coach of the Islanders the only question was really when.  This process actually took much longer than anybody believed it would.  Do the Islanders still believe that Weight is the man to lead this organization into the future (either behind the bench or in the front office where he still is the Assistant General Manager)?  If he is this is the best opportunity to prove it.  Any sort of run at a playoff spot no matter how unlikely will be looked at as progress.  Taking over for a last place team with some talent (they may not be a playoff team but they should not be the worst team in the east) they will automatically look better in comparison.  It is also fair to say that Weight has not earned this promotion.  As the assistant coach in charge of a lackluster forward group he would not be considered a top contender to take over the position.  He may just be a truly interim coach who the Islanders will look to replace before the start of next season.  This situation seems bigger than Doug Weight though, the next logical question is.

Is Garth Snow picking the next coach?

It does not seem like Snow made this decision to fire Capuano independently.  After another terrible outing in Carolina Saturday the decision was made and an impressive (by the scoreline anyway) victory in Boston was not going to change the organizations mind.  This decision on the surface seems like one ownership was looking to make if for nothing else to show the fan base that this is unacceptable.  Around the league, it is not secret that Ledecky is examining all his options.  It won’t be known for months if Snow escaped with his job or just got a stay until everything else is figured out.  This team still needs an experienced general manager to get them through the trade deadline no matter how little the moves they make are.  This may also be a last-ditch effort by Snow to save his job.  Once he had the knowledge that Capuano could not come back next year he had one more card to play and that was promoting Doug Weight.  While it’s unlikely, a run at the end of the season could help save his job for the future.  It does seem that Doug Weight is Snow’s final coaching hire with the Islanders.

What will we learn from now until April?

Nothing.  The scariest thing that could happen is this team gets themselves together and makes a halfhearted playoff run.  We have seen that many times before most recently 2013.  Just getting within a few points of the playoffs should not be good enough to move forward with the same organization.  This team will be better under Doug Weight because most teams get better with a change of coach, teams also tend to play better when their seasons are over and they play out the string.  Very little should be looked at in terms of making decisions unless the truly miraculous happens.  Just because things get better does not mean that they are fixed.

Who else does this effect?

There are some players on this team who will absolutely benefit from a change behind the bench.  This will be the last chance for Ryan Strome, Brock Nelson and Anders Lee to prove that they have what it takes to be successful in the league.  They need to be held accountable for the firing of Capuano and now that there is a different voice there is no excuse not to step up their games.  Whomever takes over this organization needs to look at these 40 games to determine how this team should be built for the future.  Finally, there is no reason why Anthony Beauvillier is not playing every game from now until the end of the season.

Is this move we have been waiting for from ownership?

For years, there has not been accountability in this organization, there was a belief in a plan which honestly has not worked out.  Today Jack Capuano had to answer for this team’s disappointment.  When this new ownership group came in the promised that this would now be a first class organization who would not accept seasons like this.  It is difficult to believe that this is the only news worthy decision ownership makes in the coming months.  Times they are a changing. 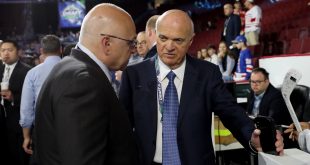 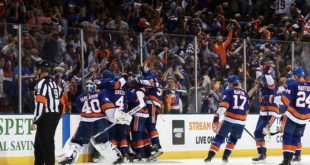