Home / Home / Brasqo: Rulings And Numbers And Hairs, Oh My 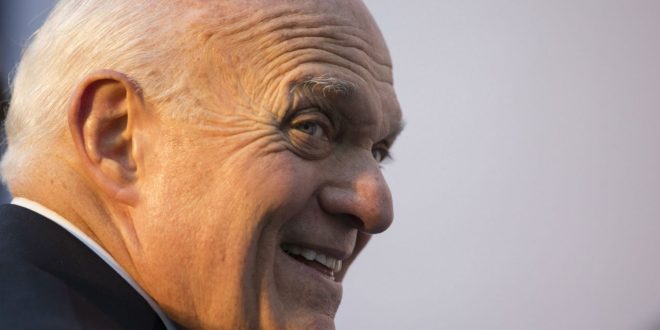 Brasqo: Rulings And Numbers And Hairs, Oh My

Like it or not, Lou’s Rules are in full-effect.

Joy-O’-Joy. With the majority of players beginning to report for training camp, the season is finally within spitting distance.

And, unless you’ve been living under a rock as of late, or have decided to just avoid all news Isles related altogether – you’d notice a few changes.

Some fans would consider these “drastic” changes, but never-the-less – Lou’s Rules are officially in full-swing folks.

Like an old eighties rock-band going out on tour again, it looks like Lamoriello is bringing out all of his classic hits.

The rulings and numbers and hairs (or lack of) – Oh my!

No more facial hair, no high numbers for players he doesn’t consider veterans.

Sorry Beau, no more seventy-two for you – here, try on this number eighteen kid. Apologies Pelech, but that fifty is now a classic – how about you try Hamonic’s old number? Oh Joshua Ho-Sang…Josh, Josh, Josh… We’re sorry, but sixty-six is not for someone who hasn’t establish themselves in the big leagues. But twenty-six is – there ya’ go pal. Now go out there and be somebody!

What ARE these professional athletes possibly going to do now?!

These young men who have essentially sacrificed their child-hood and young-adult lives to play this great game for our entertainment… How could they possibly survive with clean shaven faces, and having to act like professionals on and off the ice?

And the jersey numbers – ohhhh, the numbers…

Some players are so attached to their numbers for superstitious reasons.  What if Beauvillier REALLY feels he needs to be number seventy-two?! (Yes, I actually saw someone state this on Twitter.) I mean, look at Michael Jordan when he came back wearing forty-five. He just wasn’t the same. Forget that he wasn’t concentrating on basketball for the previous three-years, when he decided to be a baseball player. And that he was at the very tail end of his career – it just had to be his number.

Well everyone – I think it’s pretty apparent that what the Islanders players and upper-brass were previously doing, WASN’T WORKING.

Beauvillier said today that he showed up and No. 18 was waiting for him. That's how it was for all the younger returning #Isles who changed numbers. Asked Pelech the other day if No. 3 means anything to him. "About the same as No. 50 — that's the first one they assigned me."

No, I’m not delusional to the point where I believe shaving beards and changing numbers are going to just miraculously make this team an instant cup contender. If you think that, then you’re missing the point.

As much as you’re going to be tired of hearing this throughout the season, as this will be spewed all throughout the media for the foreseeable future of this franchise – there will be a constant mantra to be heard in all the post-game fodder that we’ll get… Here are some key-words and phrases you should all get used to –

Requirements for ANY successful franchise in ANY sport. Read it, hear it – get used to it boys and girls…It’s not going anywhere.

The shaving of beards, the stupid number rules – it’s just a small piece of the puzzle of the larger picture, and what is wanted as the result of all of the hard work to be implemented.

These concepts and “rules” are by no means a far-fetched entity in the sporting world. There’s another sports franchise that has very similar policies in place, that just so happens to also call New York it’s home. A franchise that is also one of Lou’s favorite teams – The New York Yankees.

A sports franchise that may know a thing-or-two (or 27) about winning championships.

Lou Lamoriello was great friends with Yankees owner George Steinbrenner before his passing. They were friends and colleagues to the degree where Lou was brought on to be apart of George’s board of Yankees Global Enterprises in 2004. Six years into that tenure, Lou would receive a 2010 World Series ring.

Since the reigns of the New York Yankees were handed to George’s sons, Hal and Hank – the traditions have continued. Well, for the most part. In this day-in-age, it’s pretty hard to implement a “no showing tattoos” policy.

Concepts and policies are being brought into an environment that was once lacking ANY direction.

I’m sure I’ve already said this at some point, but for the love of Pete – Let it happen!

At the end of the day – if players truly want to win, they won’t give a care. If they’re in the playoffs every year, competing for a cup – they’re not going to be worried about that number on their back, or what their mustache should look like.

If that’s a priority for a professional athlete – then they’re in the wrong business, and quite frankly, they do not need to be apart of this team.

Last year’s Stanley Cup winning coach, Barry Trotz, is all-in. In a recent interview with News 12 on Long Island, he would be seen with a freshly shaven face, rather than his now iconic, championship-winning goatee.

In the same interview, Barry was stern regarding the need for his players to “buy-in” one-hundred percent. Almost as refreshing as seeing his baby-smooth face – would be Barry’s insistence that if there were players that wouldn’t buy in – then he’d go and find players that will. No questions asked…

Why hello “Accountability” and “Winning Culture”… Nice to see you again. It’s been so long since we’ve seen you.

Danny C Brasqo || A 30-plus year hockey fan who insists on acting like he knows what he's talking about. || Follow my ramblings and/or trash me on Twitter -> @brasqo || Or don't...
@brasqo
Previous Bellows Ready To Breakthrough
Next What To Watch For: Islanders Training Camp Edition by Rob Taub

Bellows Ready To Breakthrough
What To Watch For: Islanders Training Camp Edition by Rob Taub