Farieri: Concerns with the Islanders’ top line and why they need to right the ship versus Boston

May 29, 2021 Home, Takes, The Team Comments Off on Farieri: Concerns with the Islanders’ top line and why they need to right the ship versus Boston 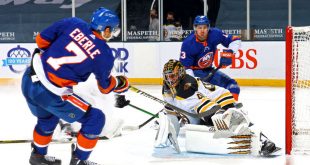 The New York Islanders are moving on to the second round of the Stanley Cup Playoffs against an extremely tough opponent in the Boston Bruins. I was the lone member of the IslesBlog team that had the Islanders bowing out to the Penguins and that was because of my concern ...

END_OF_DOCUMENT_TOKEN_TO_BE_REPLACED

Greenberg: How Uncle Leo became Indispensable for the Islanders

April 30, 2021 Home, Takes, The Team Comments Off on Greenberg: How Uncle Leo became Indispensable for the Islanders 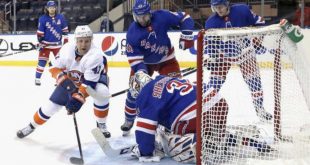 He’s not the most graceful, but he’s without a doubt one of the most important Islanders. If you couldn’t figure out who I’m talking about based on the first sentence, it’s Uncle Leo Komarov of course! When he signed with the organization on July 1st, 2018, general manager Lou Lamoriello ...

END_OF_DOCUMENT_TOKEN_TO_BE_REPLACED

April 5, 2021 Home, Takes, The Team Comments Off on Watling: Komarov Surprisingly Effective on Top Line, Despite Need for More Talent 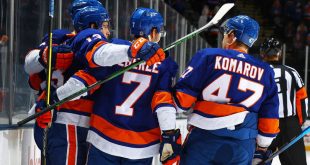 After the injury to Anders Lee, it took some line shuffling, but head coach Barry Trotz seems to have settled on Leo Komarov playing on the top line alongside Mat Barzal and Jordan Eberle. While fans – myself included – loathe the decision,  Komarov has not hindered the line’s play ...

END_OF_DOCUMENT_TOKEN_TO_BE_REPLACED

February 26, 2021 Home Comments Off on A breakdown of Leo Komarov’s shorthanded goal assist 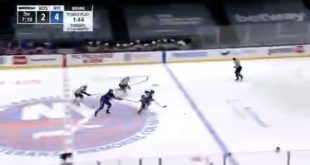 What follows is a pictorial depiction of what was going on inside the head of Islanders forward and noted glue guy, Leonid Aleksandrovich Komarov, during his “assist” on J.G. Pageau’s shorthanded goal in last night’s win against the Bruins. (probably).   Follow Eric on Twitter at @ericsvogel

END_OF_DOCUMENT_TOKEN_TO_BE_REPLACED

August 30, 2020 Home, Takes Comments Off on The third and fourth line come through again for the Islanders in their game three victory 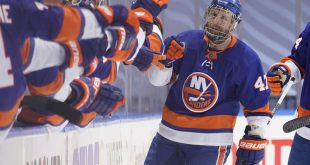 If you’ve watched the Islanders this postseason, all the talk has been about how they’ve excelled at running all four lines and it amounts to success. But there have been times — not often but some — where all four of Barry Trotz’s units aren’t going at the same speed. ...

END_OF_DOCUMENT_TOKEN_TO_BE_REPLACED

Brasqo: Allow Me To Introduce You To Uncle Leo Komarov

August 22, 2018 Home, Takes, Uncategorized Comments Off on Brasqo: Allow Me To Introduce You To Uncle Leo Komarov 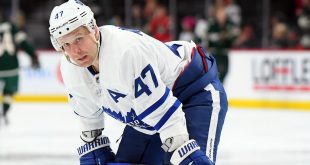 Four years, at a $3 million annual average salary, bringing the total payout to $12 million. For, um…Leo…Komarov?! I’ll spare you the responses from the majority of people who inhabit hash-tag “Isles” on Twitter – but if you’ve participated at some-point, you can use your imagination on what was said ...