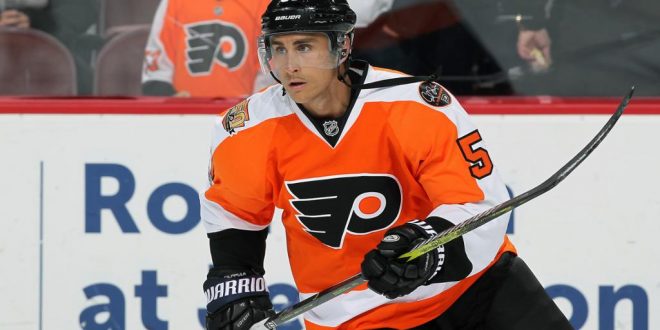 With training camp finally starting to come into view, let’s continue to take a look at another one of the new Islanders acquired by the newly minted Lou Lamoriello.

At T-minus one-hour plus of the “Post Pajama Boy Defection” aka PPBD (ok, that acronym doesn’t exist), Lou Lamoriello went ahead and pulled the trigger to bring in free-agent Valtteri Filppula this past July 1st – at a cost of $2.75m for just one year. As if that wasn’t enough, Islanders fans would discover this on the NHL.com team page before the official announcement was made. A certain goof up by someone on the media side which provided a good hour or so of laughs on various social media outlets. Silliness and mistakes put aside, the real caveat of the deal, which has many-an Islanders supporter yanking their hair out, is the dreaded “no move clause” which was also implemented into his contract.

Sorry Isles fans, but you’re stuck with that contract for the year – and it’s hard to fathom that he’s not going to be in the line-up while raking in that kind of money for his services.

Ok, fine… So what is Valtteri Filppula all about? What assets does he have to contribute to this group of players?

Ron Hextall, the current General Manager for the Philadelphia Flyers, did his homework and due-diligence when he needed to replace the locker room presence of Mark Streit (ex-Islander Captain Mark Streit – Go figure). When the Flyers picked up Valtteri from the Tampa Bay Lightning in March of 2017, he was asked about his reasoning for acquiring the center.

“I heard about Valtteri. Very similar traits [to Mark Streit] and quite frankly, when we were analyzing this, that went into it. Because we got kids coming, and the kids are going to be here sooner rather than later…”

“Pro sports is a tough environment. And the more leadership, the more guys that lead by example – the better… When I talked to Stevie [Yzerman] after the deal was done, he told me that you won’t find a better person or a better pro than Filppula. So, again, all the research we did suggested the same thing.”

There’s no question that the new improved Lamoriello Era definitely has a theme to it. The locker-room environment and the culture of the Islanders franchise is evidently going to be vastly different than the previous regimes. It seems Lou and company are head-strong in making sure that’s a reality come the 2018 campaign.

But will character win games? With the sorry state that the Isles were left just last year, and all of the previous 9 years-plus – I’d argue “Yes”, yes it can… Most recently, see the Vegas Golden Knights and the recent success they just had. Understanding that this was a rare case – it still happened.  They played the entire year with a chip on their shoulders, in a system put together by Gerard Gallant that fit it’s personnel perfectly.

Ignoring the positive character traits for a minute, Filppula does in fact fill a desperate need. For one, he’s still a solid face-off man, especially on the road. According to Puckbase.com, Filppula took a total of 950 face-offs. In home games, Valtteri won 51.1% of them – just under the 51.6% league home average. Probably even more valuable, in away games he successfully won 51.4% of them – higher than the league average 48.4%…

Continuing with the “advanced stats” angle, and showing a possible negative, Puckbase.com would further show that during his 5-on-5 playing time, his teams possession time would suffer, and he is unfortunately trending down since his 2012-2013 season with the Detroit Red Wings. In his 2017-2018 effort with the Flyers, when Filppula was on the ice in 5-on-5 situations – his team had 841 shots for, while surrendering 1048 against. That’s a negative-207 shot difference, with 44.5% of shots-for, because – I math.

Now, while admittedly not being the biggest “advanced stat” guy around – looking at that would make me pretty nervous. With the Flyers moving Claude Giroux to the wing during the season, and with the team remaining patient while Nolan Patrick got his NHL-legs underneath him – I know a good amount of that time was as the 2nd-line center.

Filppula would be a major fixture on the penalty kill throughout his career. This remained the same last year with the Flyers. Granted Philadelphia would rank an

abysmal 29th overall on the PK (guess who was last – duh). It would be ridiculous to hold Valtteri solely responsible for the dreadful Philly PK last year. Reading comments from various Flyer fans and talking heads, if there was an overwhelming positive in his game for the team – it was on the penalty kill.

The Islanders defensive woes were legendary this past season. Any player that has a skill-set to right the ship in that department should be given the opportunity to do so. With a new system on it’s way via the 5 year Barry Trotz regime, I’m confident this is a player that the new head coach felt was needed in his arsenal to move us toward a successful direction. To think Lou Lamoriello would just willy-nilly sign players to satisfy his own personal agenda, and not consult with the recent Stanley Cup champion head coach is just, well – asinine.

There’s a need on the Isles for a player that has qualities that Valtteri possesses – you cannot deny that. Both Lou and Barry Trotz think he’ll fill a void the team lacked last year. Is he on the the offensive decline? If you look at his numbers, that’s pretty apparent. If you think he was brought in to put up 40 points, you are sadly misinformed – and I offer you free hugs. He’s not going to be the number 2 center, and he’ll probably get very limited power-play minutes, unless it requires an important face-off. That’s not going to be his primary role. The leadership he will provide the young locker room. the intangibles off the ice that are needed to unite a team. Teaching the young guys how to be a pro – that’s what he’ll be valued for.

What does that tell you about what was going on previously in the locker room? Judging by the amount of character players being courted, you’d be safe in assuming the atmosphere was how the majority of Isles Nation thought it was – a country-club of no accountability.

No more of that, boys and girls…

Danny C Brasqo || A 30-plus year hockey fan who insists on acting like he knows what he's talking about. || Follow my ramblings and/or trash me on Twitter -> @brasqo || Or don't...
@brasqo
Previous New Culture, Accountability, Captaincy, Breakout Players for the Islanders
Next Wilde Card In The Mix