In addition to free agency the trade market is about to open up for the Islanders as the summer approaches. They have limited draft choices after moving both their second, third, and fifth round selections. In addition to these selections they do have a depth of talent that may be intriguing to other teams throughout the league. The trade market is where Garth Snow will probably end up having to improve this team for next season.

According to GeneralFanager.com there are currently eleven teams that need to add salary to even get to the salary floor. With the Hurricanes acquiring Bickell and the Devils getting Savard (who has not played in years) teams are willing to take on salary to get to the floor in hopes of acquiring an asset along with the salary. While the Islanders may not be at that point yet, there seems to be a market for Kulemin and Grabovski if they need the cap space. With that said the Islanders need to look at acquiring forwards to help them on the top two lines. It is about time they get help for Tavares so he does not have to carry the entire offense. As with the ufa’s I will go through options on players that are either available or should be available. I will not propose trades but instead just look at trade targets.

Henrik and Daniel Sedin Vancouver (2 years 7 mil per, each) 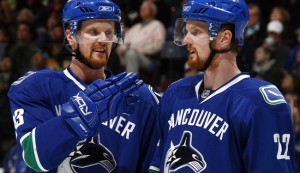 Why would Vancouver trade them? The Canucks had a rough season this year and their window has long since closed on winning a cup with the Sedin’s as the center piece. If they believe they have another run in them, they are kidding themselves. The Sedin’s should be able to provide them with some players that could step right into the lineup to help rebuild this roster quickly.

How do they help the Islanders? Either as the wings for Tavares or the base of a second line the Sedin’s have proven that they are elite players even at their advanced age. This is the type of big addition that may be able to get this team over the hump. Milbury got destroyed by Bryan Burke all those years ago preventing the Sedin’s from playing on Long Island, now they would get the ability to play here the next two seasons.

Money? While adding 14 million seems like a lot of money, it is only for the next two seasons. The Isles currently have about that on the cap now, and next year only de Haan, Clutterbuck and Griess would be due for raises. They Islanders have a lot of money coming off the book after the 2018 season, so this would not affect any plans for that offseason. 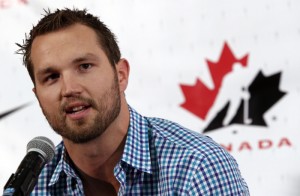 Why would the Rangers trade him? With the Rangers cap situation, they would love the opportunity to eliminate a huge contract from their books. Nash was not the player they were expecting and he has become a whipping boy of sorts for the fan base.

How does he help the Islanders? He would absolutely be the best winger John Tavares has ever played with in the NHL. While he is not the superstar the Rangers expected he would not have to be that with the Isles. He would only be expected to score goals not create goals. While this situation is the least likely one presented, it is interesting to think about how good of a fit he would be for the Isles.

Money? Similar situation to the Sedin’s having only two years on his deal benefits the Isles greatly. 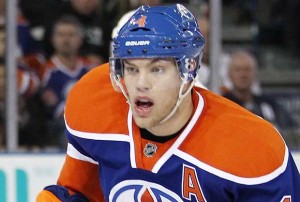 Why would Edmonton trade him? Edmonton has to change things on their roster. After years of top picks they continue to find themselves in the bottom of the Western Conference. Taylor Hall seems to be the name that is being floated around in order to bring in some defensive depth.

How does he help the Islanders? While he is viewed as a disappointment as a number one overall pick he has had success at the NHL level, most notably two seasons ago when he was over a point per game player. He would be a long term solution on Tavares’ left wing and he should continue to grow as a player with a change of scenery.

Money? While he makes a lot of money, he is 24 years old. They will be able to handle the hit the next two years, but after that it seems iffy, but if he is the player the Isles expect there is no reason to be upset at this contract. 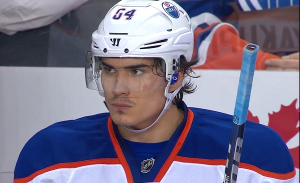 Why would Edmonton trade him? He has been a huge disappointment as a number one overall selection. A player that was drafted as a goal scorer has only scored 50 goals in 4 seasons. It may be time for a change.

How does he help the Islanders? He has the talent to be selected number one overall so their still has to be a belief that he can play in this league. Giving him an opportunity may be all he needs to succeed. Goal scorers need the optimal situations in order to succeed and Edmonton has not been it, maybe John Tavares’ right wing is.

Money? He makes 2.5 mil this year and then is a restricted free agent. If he falters you owe him nothing for the 2017-2018 season. 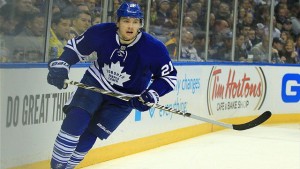 Why would Toronto trade him? With their current rebuild everyone seems to be available from the Leafs. As a player making money the Leafs would like him off their books and he will be a ufa before they consider competing for a Cup.

How does he help the Islanders? While he is not the elite forward that many would like to add to the mix, he is a good top six player that has proven ability in the NHL. He would be a clear upgrade over many of the depth players the Isles currently have in the organization. An offseason that brings in JVR would not be considered a success on its own, but as part of a group JVR would absolutely make the Islanders better.

Money? He has a relatively cheap deal, when you consider he has basically the same cap hit as Kulemin. Again he is ufa after the 2018 season which should be another big one for the Islanders.

It is impossible to rank how each of these players help the Islanders next seasons since each player will be acquired in a trade. This is a huge offseason for the Islanders will they be satisfied with playoff appearances or do they want more? I know the fans will grow tired of first and second round defeats soon enough, it’s time to make the move to become a true contender.